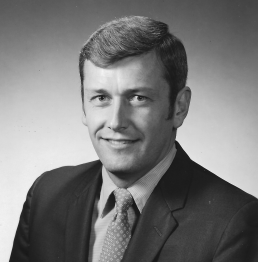 A gentle soul who never raised his voice, unless it was to sing to Jesus with sweet tenor melodies, Carl Norman "Norm" Hansen Jr., age 87, passed away on Monday, December 13th, 2021 in Ft. Wayne, Indiana.

Norm was born on August 13th, 1934 to Carl Norman Hansen Sr. and Ethel (Reade) Hansen. Norm had a lifelong passion for music. At age 10, he began singing in the Dayton Rotary Boys Choir, and continued to sing throughout his life. With his beautiful voice, he sang solos at First Baptist Church in downtown Dayton for many years. After that, he started attending Fairhaven Church in Centerville and he sang there, in duets and in a trio, for 40 years. His love for music extended beyond just tenor tones, he also played the guitar and the ukulele.

In 1975, Norm accepted Jesus Christ as his Savior at a Bill Gothard Seminar and continued to follow Christ throughout his life. Norm worked for NCR for many years. He started out selling Microfiche Readers, and stayed with the company as the technology changed, before eventually retiring from the company. After retiring, he became a CPA in financial planning for a few years.

He loved to play golf, especially when he could play in the mountainous terrain in Fairfield Glade, Tennessee with some of his close friends. He enjoyed playing golf, in Dayton, with his close friend and brother-in-law, Joe Morris. He was also proud of the fact that he had achieved a hole in one! He loved movies, as they often made him think back to fond memories he had of going to the movies with his Grandpa, a Norwegian Immigrant, as a boy. His favorite movie was an old western, "The Big Country." He spent a great deal of time with his English-immigrant grandparents as well, and carried on the same close connection with his own granddaughters, who he adored. They too spent many precious, cherished hours together.

Norm was incredibly patient, kind, and loving. He was always willing to show affection to the people he loved, a legacy he would want those receivers of his affection to carry on each and every day, as they think of him. He will be missed by his wife, Shirley Ann (Six) Hansen, daughter Shelly (Gregory) Ping, granddaughters Stephanie (Nathan) Hollister and Julia Ping, and many other close loved ones and friends.

Norm is preceded in death by his parents, Carl and Ethel Hansen, and his daughter Teresa Lynn Hansen (1966).

To help the family celebrate his life, you are invited to share during his viewing at Conner & Koch Life Celebration Home (92 W. Franklin St., Bellbrook, Ohio) on Saturday, Dec. 18th from 10:30 am to 12:00 pm. Life Celebration Services will be held following the viewing at 12:00 pm, with burial to follow at Centerville Cemetery in Washington Township (68 Maple Ave, Dayton, OH 45459).

You are welcome to write a condolence message, send flowers, plant a tree, and share a story or picture of Norm at www.ConnerAndKoch.com.