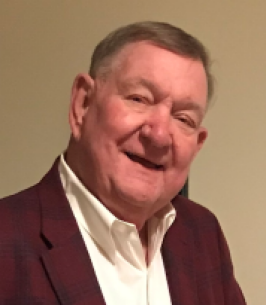 Ralph was born on July 5th, 1941 to Ralph and Agnes (Aselage) Francis. Ralph was raised in the Catholic tradition and had a strong faith. At Versailles High School, he played many sports, but his real love was football. He grew close to his high school football coach, who became a lifelong mentor and friend until Ralph’s passing. It was also during these early years that he met his future wife and the love of his life, Beverly Garrison. They officially began their life together when they said, "I do" on August 21, 1965.

He attended Ohio University where he joined the "Phi Kappa Theta" fraternity and graduated with his Bachelor's degree. Later, he earned a Master’s Degree in Education Administration from the University of Dayton. In 1969, he began teaching at Centerville High School where he aided the development of the vocational program, Occupational Work Experience (OWE). Ralph won the “Hall of Fame Teacher” award, coached high school football and other sports, served on the Bellbrook School Board where he was able to present each of his four children with their high school diplomas, all without missing the games, concerts, and events of his children.

Ralph enjoyed many things in life, a good joke, a morning walk through Sugarcreek Reserve with friends, an exciting sports game, and sweets, especially Clark bars and Girls Scout cookies. But of all things, he loved his family. He instilled in his children to always work hard, be kind, and never give up, because everyone serves a purpose in life, even if you don’t know what it is. Ralph’s greatest blessing was his wife and he knew that to the end. He was a great husband, father and grandfather. His life was as full as the relationships he lovingly cultivated. He was a generous person, a good friend and a great man. He will be forever missed.

In memory of his constant generosity, donations may be made to a charity of your choosing, or the Centerville Noon Optimists (P.O. Box 750492 Dayton, OH 45475-0492). You are welcome to write a condolence message, send flowers, plant a tree, and share a story or picture about Ralph at www.ConnerAndKoch.com.