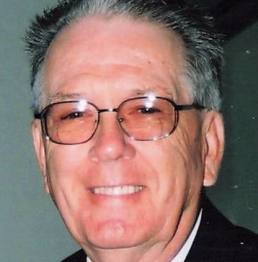 A man who always let his light shine, Richard Ormond Kelso, age 90, of Kettering, went home to be with his Savior, Jesus Christ, and his loving wife of 68 years, on Wednesday, January 12th, 2022 at Hospice of Dayton.

Dick was born on July 22, 1931 to Ormond Albert and Dorothy (Parlette) Kelso. He graduated from Fairview High School in Dayton and married his high school sweetheart, Barbara (Lewis) Kelso, before enlisting in the United States Navy. He was originally stationed in the Mediterranean and eventually ended up in Japan before serving two tours in Korea during the Korean War aboard the aircraft carrier U.S.S. Oriskany (CV-34).

He returned to the Dayton area and began working for Dayton Steel Moraine Manufacturing before starting at Tait Manufacturing Company, where he was responsible for training others on the use of pumps, and even spent some time in sales. He also went to the University of Dayton to study engineering while he worked in management at Tait. He then took a job working for Burks Pumps, where he retired as the District Sales Manager after nearly 20 years of service.

After retirement, Dick and Barb spent much of their time snowbird-ing in Sarasota, Florida where they had a close community of church friends and neighbors. They played golf, enjoyed the card game, hand and foot, with friends, and enjoyed several cruises and other local travel, but especially enjoyed a trip to Scotland to visit the city of Kelso, where Dick had traced his ancestry.

Dick also loved history, especially U.S. History, taking every opportunity to go to museums and historical sites. He went everywhere, from J Paul Getty Museum to Hearst Castle, reading each and every plaque along the way. Dick will be fondly remembered for his constant tinkering, fixing, and building, always trying to solve the problems he observed around him, even making upgrades to his room at Hospice and impressing all of the nurses with his ingenuity. He enjoyed playing softball and volleyball at the Kettering Rec Center and frequently won medals at the Senior Olympics in Volleyball. He was a lifelong fan of the Cleveland Browns, even though Barb was a Cincinnati Bengals fan, they enjoyed the rivalry together. Fortunately, they both supported the Ohio State Buckeyes, so it was O-H-I-O all the way.

He loved caring for the birds at his house and the fish in his pond, but was the best at caring for people. He was extremely involved with the body of believers at Kettering Church of Christ and Cornerstone Church of Christ, where he spent many years mentoring, serving, and fostering relationships. He was continually faithful to God, and will be remembered as a loving husband, caring father, a gentle pappy, and a devoted friend and mentor.

In memory of Richard, contributions may be made to American Cancer Society and Hospice of Dayton (Ohio). You are welcome to send a condolence or flowers, plant a tree and share a story or picture about Richard at www.ConnerAndKoch.com.