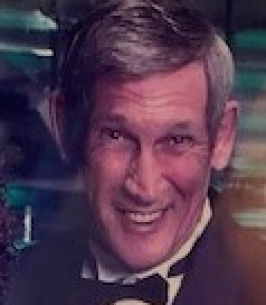 Dick was born on February 21, 1937 to the late Ruth Evelyn James and Frederick James Patterson in Dayton, Ohio. In addition to his parents, Dick was preceded in death by his brothers Terry and Robert "Bob" Patterson, and his sister-in-law, Patricia Patterson. He is survived by his loving family, his wife of 63 years, Carol (Pursell) Patterson, daughter Pamela (Danny) Henry, grandsons Zachary Zahora, Alexander Zahora (Cati), and Trenton Henry, brothers Jim and Tommy Patterson, sisters Jo Ann Floyd, Janice (Bill) Wagner, and Linda Staight, sister-in-law Gwen Patterson, and a host of nieces and nephews that he loved and adored. Family was always of utmost importance to Dick and he loved spending time with them whenever he was able to.

Dick attended Dayton Public Schools and his entrepreneurial skills blossomed, partly out of necessity, but mostly because he worked incredibly hard all of his life and was always looking out for additional ways to make money. Dick began working for Pepsi Cola in his twenties and retired with 42 years of pure dedication and service to the company. He even tried to go to work on the morning of the great 1978 blizzard, until Carol threatened to call the police on him! Dick started Patterson's Janitorial Business and ran it with his wife for many years that included a lot of long hours and hard work. You could wipe those surfaces with a white glove. He was always proud of the work he did, and would often repeat that "If you are going to do it, do it right."

Dick accomplished one of his many life dreams when he became a member of the Masonic Temple and the Antioch Shrine. While he was a member of the Antioch Shrine, he was involved with the Oriental Band and later, the Bobbies Motorcycle Corp. Dick continued riding his skat kitty until he couldn't drive, and then participated instead by riding in the paddy wagon during parades. Dick enjoyed the fellowship of his brethren, playing cards, raising money for causes, sitting around just talking, and eating doughnuts and drinking coffee on Friday mornings at the Temple with his friends. They were all such an important part of his life!

A funeral service will be held at 1:00 pm on Tuesday, November 1, 2022 at Conner & Koch Life Celebration Home (92 W. Franklin St. Bellbrook, Ohio 45305). Dick's family will be receiving friends and loved ones prior to the service from 11:00 am to 1:00 pm. Internment will follow at Bellbrook Cemetery.

You are welcome to write a condolence message, send flowers, and share a story or picture of Dick at www.ConnerAndKoch.com.